Great news for Midland ISD!
Midland ISD has earned a "B" grade from the Texas Education Agency (TEA) in the first complete ratings released since 2019. MISD's overall score of 80 is an improvement from the "C" grade of 75 last awarded and a milestone for the district.

"By comparing our current rating with our previous pre-COVID score, we can see that true growth has occurred in the district," said Superintendent Dr. Angélica Ramsey. "This rating should send a message to the community that we take education seriously, and we are excited about the continued growth throughout our district."

The 2019 rating included 19 campuses that were given either a "D" or "F" rating. Fewer than half of those campuses (9), now have a comparable rating. (The TEA now grades "D" or "F" campuses as "not rated.") A closer look at the numbers reveals the number of failing campuses decreased from nine to two. 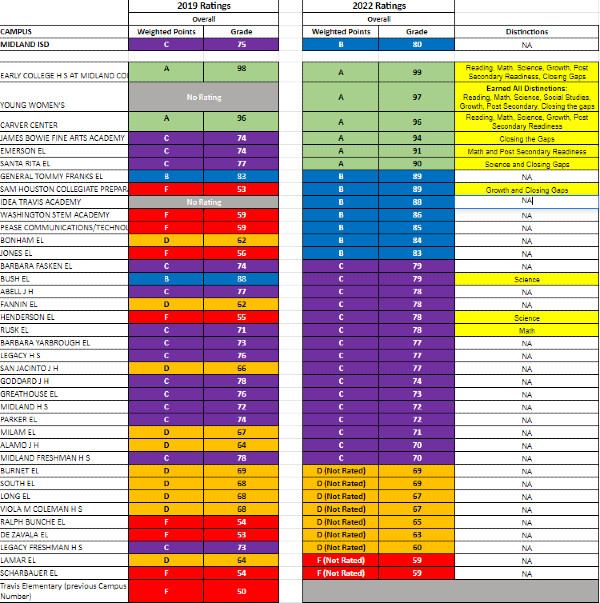